Our crews continue to work hard to safely and efficiently restore power to all impacted customers. We want to thank all of our customers for their patience. For latest restoration updates, please go to nbpower.com/outages.

Austin Paul is an anthropology student at the University of New Brunswick and works with NB Power on the Mactaquac Project. In this guest blog post, Austin will describe more of the activities he was involved in as the First Nations Liaison Field Monitor from writing summary reports for NB Power and First Nations communities to tagging fish with the Canadian Rivers Institute.

During the summer of 2015, I spent most of my days outdoors and worked closely with the Canadian Rivers Institute who conducts various studies in and along the river, this included tagging fish for active and passive fish monitoring.

For active monitoring, the Canadian Rivers Institute scientists place hydrophones in the water that detect tagged fish, which are identified with a unique identification number. For passive monitoring, the scientists have also placed electronic receivers throughout the Saint John River that record where tagged fish pass by. All this collected data will be analyzed and included in NB Power’s Comparative Environmental Review.

To tag a fish, the caught fish is sedated in a solution of fresh water, clove oil and ethanol. Once it is unresponsive to touch, we measure and weigh it. We would also collect scale samples and fin clips for genetic studies. Through a small sterilized surgery, tags are inserted in its stomach cavity and below the dorsal fin. The fish is then placed back into a recovery tank with fresh water before being released back into the river. 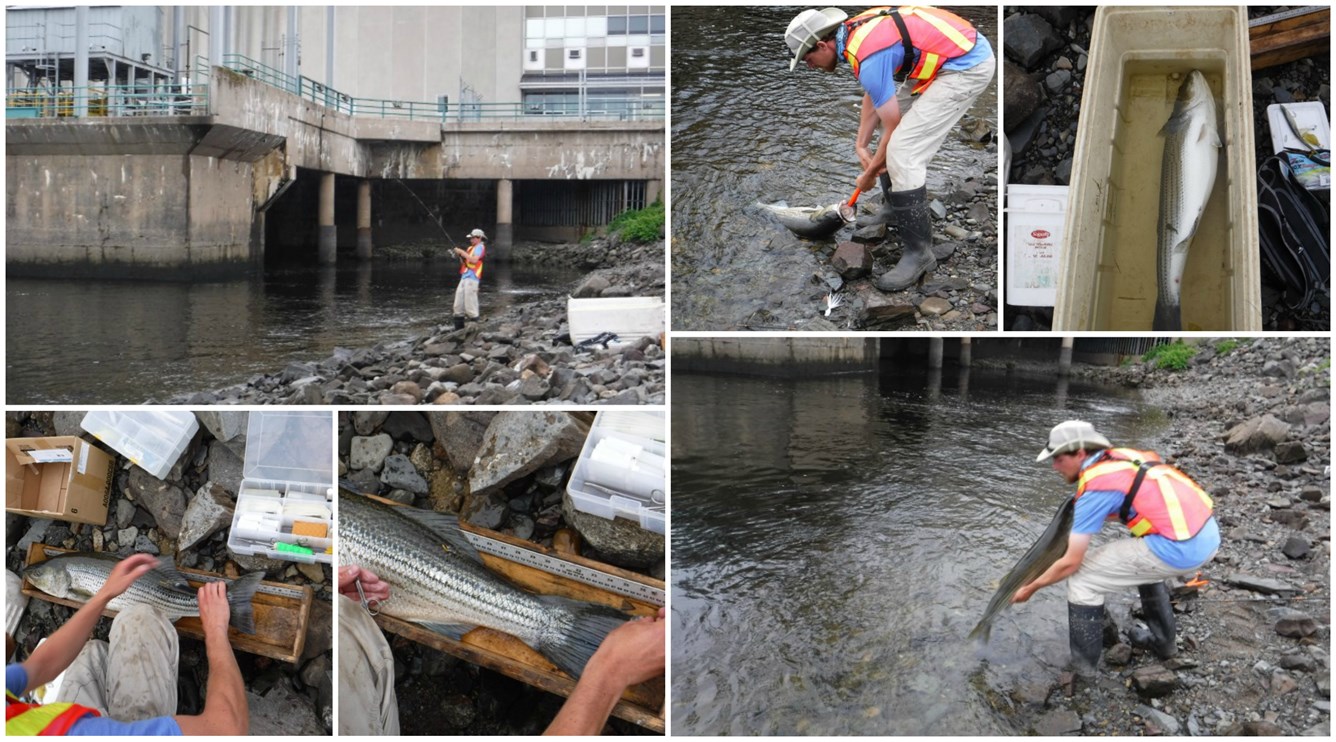 The Wolastoq (Saint John) River is exceedingly important to the First Nations communities.  The river was a natural highway linking many communities throughout the province.  The Wolastoq is greatly respected and thought of as the blood of mother earth. It nourishes the soil and provides sustenance to the people who inhabit the river valley. We are intimately linked to the river. 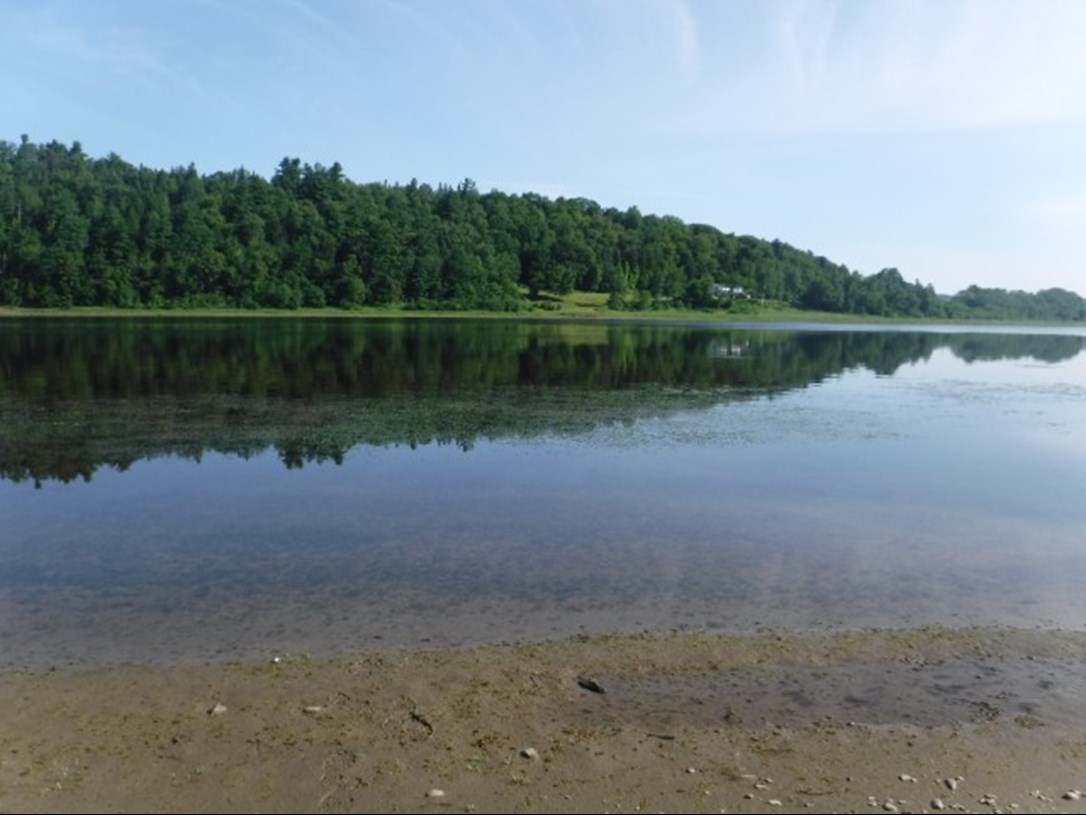 For thousands of years, the First Nations people have used the river as a means of travel and established communities along its banks.  Many traces of these communities remain present on the landscape in the form of archaeological sites.  Nearly every river junction and island is host to archaeological sites both large and small.  Many of the artifacts that erode out of the river banks show evidence of excellent craftsmanship and are often made from material that is non-local, demonstrating a vast interaction sphere.  People acquired tool stone from as far north as Ramah Bay Labrador and as far south as the Ohio River Valley.

These archaeological sites are sacred to the Wolastoqiyik people. When studied, the sites provide a glimpse into the distant past that allows us to form a clearer picture of the ancient way of life and cultural changes over time.  The evidence seems to demonstrate that First Nations communities were highly adaptable to the ever changing environment and enjoyed a rich culture.

The information attained through archaeological record is invaluable.  First Nations communities were decimated by diseases brought from Europe, of which the Native population had little immunity.  A great deal of the oral history that had been passed down from generation to generation was lost as many of the elders perished.  It is now through the study of archaeological sites that we are able to gain an appreciation of the remote past.

NB Power’s First Nation engagement commitments are based on inclusion, responsiveness and respect.

As a first Nations Liaison Field Monitor, it is also my responsibility to identify potential First Nations concerns in terms of land use, resource sites and archeological sites. I created a communications plan with the local First Nations to ensure that the information collected is available to those who are interested in it and supported the Mactaquac Project team at the various open house sessions that have been hosted in towns and First Nation communities. 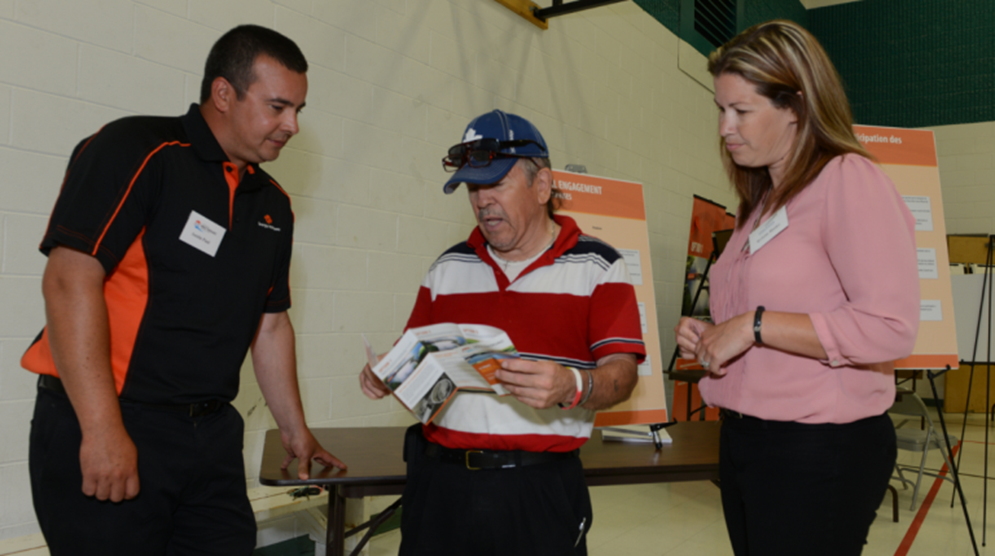 These sessions were designed to provide further opportunities for community members to voice their concerns and ideas regarding the Mactaquac Project.