On an ordinary morning drive to work at the Point Lepreau Nuclear Generating Station last September, something extraordinary happened to Keith Whitebone - he became a hero.

Coming up on the Musquash highway, out of the corner of his eyes, he and a coworker spotted a car on its roof in the ditch, water coming up its side. Keith quickly pulled over to the shoulder and jumped into action.

“Some sort of calm came over me and I just did what had to be done,” said Keith.

Searching for something to help, Keith found a large rock that he used to break the back window of the car. He crawled inside. Once in the overturned car, he found a woman trapped upside down by her seatbelt.

“I did think when I got down to this lady hanging upside down in anywhere from inches to 3 feet of water, is this poor soul survives this terrible roll over and now she has the potential of drowning,” said Keith. “I wasn’t going to let that happen.”

He was able to cut her free from her seatbelt, and carefully helped her out of the car through the back window. Once out of the car, Keith sat by her side on the swampy ground and helped to keep her calm and comfortable while they waited for emergency responders to arrive.

Keith was nominated for a Safety Recognition Award by his colleagues at Point Lepreau Nuclear Generating Station, and received a plaque from the Station’s Joint Health and Safety Committee for a company-wide Safety Excellence Award for his actions.

Now, just over a year later, Keith is getting more recognition - this time, on a national level for saving this woman’s life. On November 15 in Toronto, he received the Canadian Electricity Association (CEA) Lifesaving Award. The awards are an annual event that publicly recognizes and celebrates incredible lifesaving acts.

“Recognition is appreciated but not needed,” Keith said. “I would give my life for a complete stranger.”

At an annual barbeque for his office’s Joint Health and Safety Committee, Trevor noticed something was off with one of his co-workers. They were choking. Without hesitating, he wrapped his arms around his co-worker and thrust his arms just under their ribs to help dislodge the food in their throat. After a few minutes of this, the food was out and his co-worker saved.

We’re proud of these employees for going above and beyond to help those in need around them. 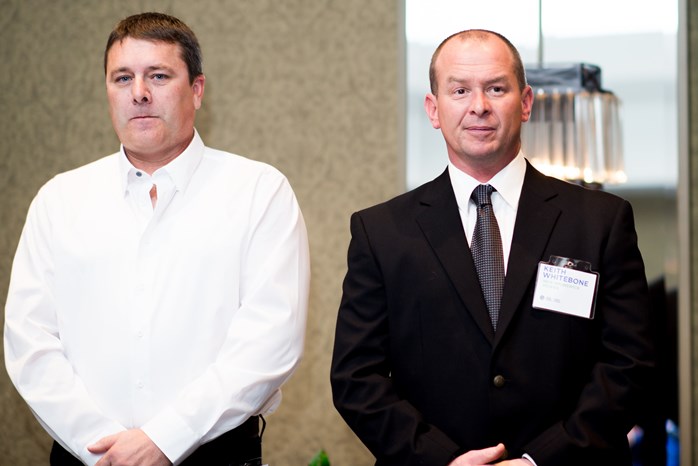