When the air outside has cooled, and the rest of us begin to bundle up for the winter months ahead, the team at the Mactaquac Biodiversity Facility begin their prep for the next summer.  Every November, the team begins the months’ long process of spawning and rearing eggs and juvenile Atlantic salmon for release into the wild.

This process starts by catching healthy wild adult Atlantic Salmon juveniles, in waters above the head pond in the Saint John River (Wolastoq.) The fish are brought to the facility and reared to sexually mature adults over a period of 2 to 4 years. The majority of these mature fish are released back into the river to spawn naturally, but a small percentage are retained for captive breeding where eggs are extracted and fertilized on site. After being incubated for the next two months at the main facility, the eggs are moved across the river to the incubation building next to the Mactaquac Generating Station. The eggs are kept in large incubation tanks   where they will grow through the coldest months of the year until they hatch.

It’s this step in their journey, when the team at the Mactaquac Generating Station steps in to help. The incubation building is fed with warm water that comes out of the pump house at the Station. Because the temperatures can be unpredictable at times, the operators keep a close eye on the temperatures and adjust as needed so the temperatures inside the building stay at a safe level for the fish.

“There’s daily communication between our team and the team here at Mactaquac,” says John Whitelaw, a Biologist with the Biodiversity Facility. “This facility allows us to get an early start on hatching and feeding the fish. It’s incredibly important that the water temperatures and oxygen levels stay within a defined range, as it could stunt their growth or completely wipe out the eggs if we lose that.”

The young fish continue to benefit from this partnership once they’ve fully outgrown the tanks at the incubation building and get transported to the Aquadomes a short walk uphill. These domes are where they’ll spend the next few months growing until they reach their juvenile state and make their way back to the biodiversity facility across the river. 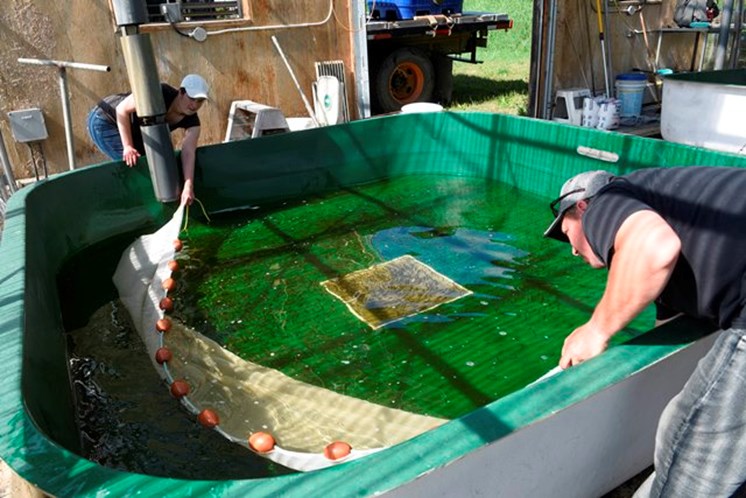 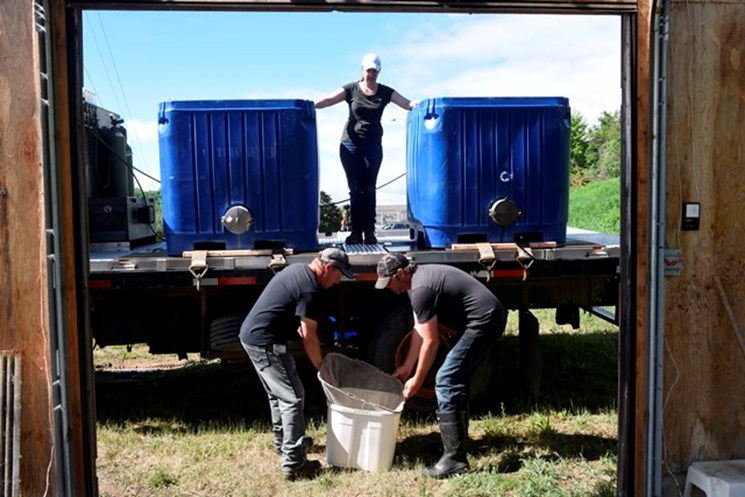 They’re transported in large tanks by truck across the dam where they are released into rock pools that mimic natural riverbeds. They’ll stay here until they’re big enough to be released back to the river to start their journey to the marine environment. 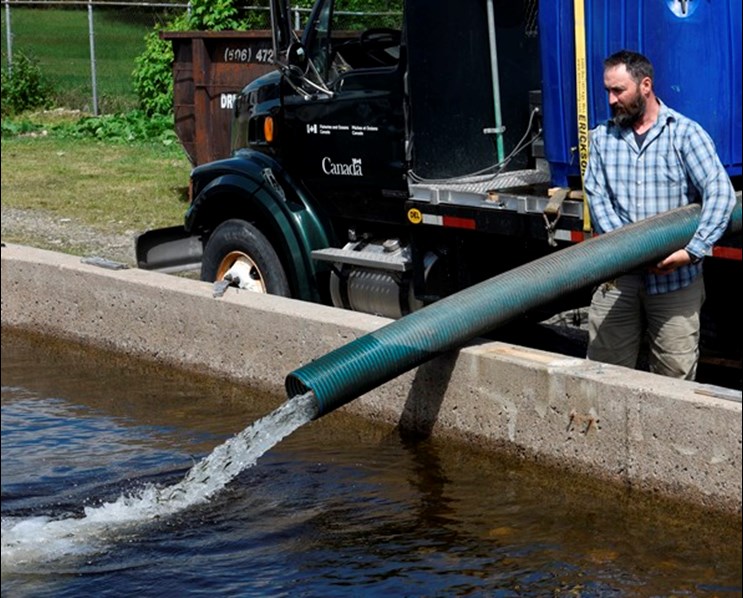 “This partnership began when the dam was built to mitigate loss with the operation of the dam,” says Whitelaw. “Since then, there has been a shift in thinking to conservation and preservation of the species. So in 1984, this early rearing facility was built as an add-on to what we were already doing to help us learn new things on how we use our facilities and how we can incorporate new science to help put more salmon back in the river.”

The Mactaquac Biodiversity Facility also collects migrating salmon and gaspereau at a specially designed fish lift at the Mactaquac Hydroelectric Dam and trucks and releases them upriver of the Dam.

Categories Environment In the community